Regrets and wishes are a part of any person’s life at one moment or another. There are times when we would look back at our actions and behavior, wishing we had done differently. Such a feeling may rise in retrospect when a person considers their actions to be inappropriate in a particular situation. They may realize they could or should have done better or even in some cases worse. Regardless, regrets and wishes exist when the outcome or our expectations do match the reality. In other words, the reality does not fit well within our framework. Regrets and wishes of the past can be expressed in the following ways. In such cases, hypothetical situations can be expressed to show how the situation could have been different. The following structures can be sued for this purpose. Note that sentences are in past perfect .

Lotus’s latest orders came in at a busy time before the New Year. Sales staffer was supposed to inform buyers that delivery would be possible after January. However, not only she forgot to mention the information, she took 3 orders with delivery deadlines of January 15th. The date was inserted by mistake. Nonetheless, the company has to deliver the goods on time to keep its reputation. The problem is that none of the manufacturing companies have accepted the orders so far. Jack, sales and marketing director, was on a trip to make a deal in Africa, but he managed to discuss the issue with their clients and solve the problem. Lawrence, the CEO, is furious.

Example 1: The staffer should have made notes to remind her of the delivery deadline.

Example 2: At least one of the staffers should have noticed the mistakes.

Example 3: Sales staff could have set a reminder to help all of them to remember the changes.

Example 4: Jack should never have left the staff to finalize decisions.

Example 5: Lawrence should have fire her on the spot.

Example 6: If Jack had been in the office, none of this would have happened.

Example 7: If the staff had set a reminder, they wouldn’t have made this mistake.

Example 8: If other staff members had checked the information once, they could have prevented the other two mistakes.

Example 9: If the sales person had been smart, she wouldn’t have repeated her mistake.

Example 10: Had the deadline been checked by at least one other staff member, they could have had a chance to correct them.

Example 11: Had the staffer been more attentive, this could have never happened.

Example 12: Had Jack placed someone in charge of the sales team in his absence, the mistake wouldn’t have been made.

Lawrence and Jack are discussing the problem in the meeting room. Lawrence can’t find it acceptable that not one but three orders were made. Jack is trying to calm him down. The staffer is a new employee.

Lawrence: Jack, this is not acceptable. We discussed the deadlines only a week ago.

Jack: I am disappointed too, but she has been recruited recently. She made a mistake.

Lawrence: That was not a mistake. If she had made one mistake, we wouldn’t have had three orders with the same date!

Jack: Perhaps she forgot to check the dates. I have to talk to her and see what happened.

Lawrence: The problem is that she didn’t ask anyone to double-check her work. She should have asked someone.

Jack: I agree. If she had asked a colleague, they would’ve helped. I guess she wanted to manage on her own. Also, I am to blame as well. I should have asked someone to supervise her work while I was gone.

Lawrence: We should’ve put someone in charge. We never had a problem with orders before, and she is new to the job.

Jack: Don’t worry about it. I took care of it, and the buyers are old customers. Fortunately, it was resolved easily.

Lawrence: If they hadn’t been regular customers, this would’ve turned into a big problem. So far only two have accepted to receive goods with delay. What do we do about the last one?

Jack: I’ve just discussed the matter with a manufacturer; they agreed to provide the goods and we will deliver on time. And I will talk with her.

Note that these sentences can be expressed differently using certain tones. Tones allow us to express our feelings towards a matter. The stronger the feelings, the harsher the tone. The sentences above can be expressed as a regret with a soft tone of voice to indicate that a mistake was made. They can be expressed decisively through a strong tone to show harsh criticism or deep regret. In some cases, such harsh tones can even imply that a consequence will follow the action. The reason why important and sensitive issues are not discussed over emails, texts, or letters is mainly because they may lead to misunderstanding as the sender’s tone is not clear. Therefore, think twice before you discuss a problem in written language, and review it three times to make sure you are clear if you have to.

Review the sentences in situation 1 again.

Practice the following on situation 1 and 2.

Using examples above, express your regrets and wishes about the following situation. What could or should have been done differently?

Construction workers forgot to bring their helmets to the construction site. Mike told his coworkers that they have to go back, but they said it was not necessary since they would be there for a short time. They were supposed to make a checklist of the equipment and material they needed for their work. Lucy climbed the scaffolding. She managed to climb up easily, but she suddenly lost balance. She took hold of the scaffolding, but something feel on her head. The security had gone for lunch and they didn’t have a car. Mike called for help.

Look back and find a situation where a problem rose. How did the people involved feel about the mistake? What could have been done to prevent the mistake? Explain the situation and discuss the alternatives.

Regrets and wishes in retrospect are felt differently from one person to another. People may regret and action wishing they had better handled themselves. They also may feel satisfied with their actions, but wish for a different outcome. In retrospect, matters may seem less or more intense, and this affects how they react to an event in the past. In addition to words, a person’s tone of voice significantly affects the message and therefore, their addressee. That is why, in conflicts, it is wise to control one’s emotions and use a controlled tone of voice to address an issue.

Communicating a message to the receiver 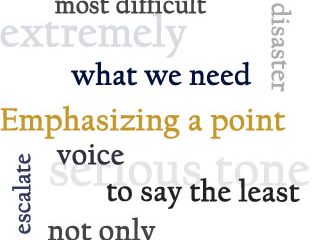 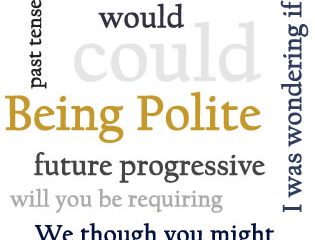