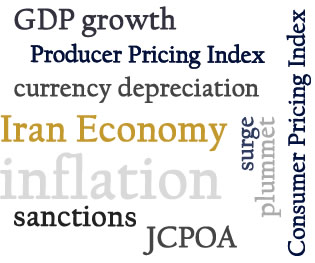 Iran has been recently under pressure due to sanction reimposition by the US and the currency depreciation rate of rial against dollar. Iran’s fast growing economy has been deeply affected by recent changes, the result of which is inflation, business challenges, and unemployment. Iran used to be one of the fastest developing economies in 2017, a progress which was rewound by the US sanctions in the following year. Since the imposition of sanctions and the withdrawal of the US from the Joint Comprehensive Plan of Action (JCPOA), Iran has been facing serious economic issues.

Agricultural and traditional goods, plastic materials, organic chemicals, and light oils and related products were among the top non-oil goods in the list of Iran exports. The country’s goods were mainly exported to emerging and developing countries. China was the destination to receive the highest proportion of exports in 2017, which is considered to remain the same. Asia and Pacific as well as the Middle East are considered to be the top importers of Iranian products.

Iran’s imports main imports include machinery and transportation vehicles, steel, paper, and similar products, and foodstuffs and live animals. Chemicals, certain finished products, and raw non-edible products are also among this category. Sanctions have impacted Iran’s economy and ability to import to the point where certain systems have been devised to manage foreign currencies obtained by exporters. These currencies are directed towards importers to allow them to continue working under difficult economic conditions.

Classification of currency rates is a strategy through which Iran has been dealing with currency issues in these times. Iran’s currency depreciation against the dollar has been pressuring business to fight for survival. The Central Bank of Iran (CBI) introduced a three-tier classification of goods to which different currency rates were offered. The first category includes essential goods such as medicine and those crucial to strategic industries. The next category includes items which are not produced domestically. Luxury and non-essential items are included in the third category. While the official exchange rate (the lowest) is offered to the first category, the second category uses the secondary exchange rate called NIMA.

According to the World Bank, within a short period in 2018, inflation surged due to the US abandonment of the JCPOA and domestic speculation. Both Consumer Pricing Index (CPI) and Producer Pricing Index (PPI) have been rising since. CPI inflation reached 24.2 percent mid-2018. The inflation is mainly due to increase in the prices of food and beverage, housing, and transport. PPI also rose from 8.7 percent in 2017 to 16.9 in 2018. Manufacturing is reported to contribute the most to PPI and services the least.

Iran’s inflation and US sanctions will affect future production and international trade. Reforms in certain areas are required to gradually decrease inflation.

In an audio recording, explain about your country’s last 5 annual GDP, and its share of global GDP. Make historical and global comparisons. (4 min)